Overview of Dementia and Its Current Treatments

Dementia is a cognitive impairment which affects memory, thinking, language and other essential brain functions. It is estimated that 50 million people are living with dementia globally and the numbers are projected to rise to 82 million by 2030. Common symptoms of dementia can include confusion, disorientation and mood swings.

Currently there is no cure for dementia; however, treatments focus on managing symptoms such as providing support, improving self-care and advocating healthy lifestyle changes. These may include medications to stabilize mood or slow down cognitive decline, physical activity, talking therapies such as Cognitive Behavioral Therapy (CBT) or reminiscence therapy to help manage stress levels and behavioural interventions which aim to improve quality of life.

However, these treatments may not be enough for those living with dementia, and so alternative therapies should be explored. This is where Virtual Reality (VR) comes in. 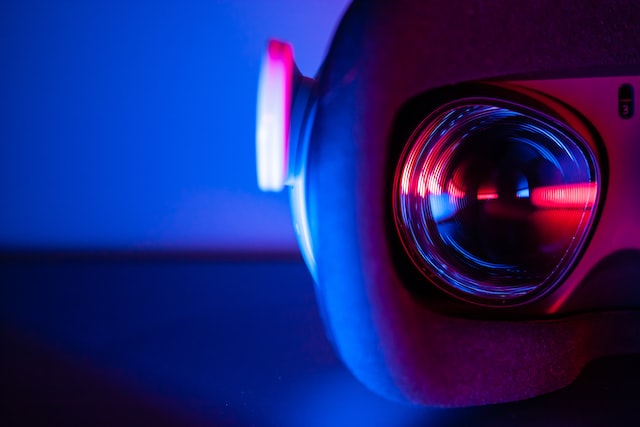 Photo by James Yarema on Unsplash

Dementia affects hundreds of millions of people around the world every year – and there’s currently no cure for it. Traditional treatments focus on managing symptoms, but new research is exploring the potential of virtual reality in helping to improve the quality of life for those with dementia. VR has been found to offer meaningful interactions and activities which can help improve mood, behaviour and cognition amongst dementia patients, as well as providing escapism while maintaining safety and reducing stress caused by unfamiliar surroundings.

Exploring the Benefits of VR Therapies for Dementia Patients

Virtual Reality (VR) has the potential to offer meaningful interactions and activities that may help improve mood, behaviour and cognition amongst those with dementia. VR can create immersive environments which can provide escapism in a safe environment free from the stress caused by unfamiliar surroundings. Moreover, game-based therapies have been found to improve attention, memory and problem-solving among those with dementia when used in virtual reality settings. Examples of these activities include virtual world exploration which allows people living with dementia to explore places they cannot physically access due to mobility issues or cost; audio-visual stimulation which involves listening to music while interacting with dynamic visuals; and social interaction via avatars and virtual characters. These activities have also been found to reduce stress levels and improve communication skills in dementia patients.

Another potential benefit of VR therapies is the ability to reduce reliance on pharmacological treatments. VR has been found to be effective in managing aggression, prescribing lower doses of antipsychotics and providing an alternative treatment option for those with limited access to healthcare services. Current research has shown that these therapies can provide both short-term and long-term benefits for patients, making them a viable option for those living with dementia.

Research into the efficacy of VR therapies for those living with dementia is ongoing. Preliminary studies have been promising, showing that VR can be effective in providing meaningful interactions and activities which improve mood, behaviour and cognition amongst those with dementia. However, more research is required to determine whether VR therapies are indeed an effective treatment option over long periods of time.

In addition, further research is needed to explore the potential benefits of VR as a therapeutic tool for dementia patients. It is important to consider not only its effectiveness in improving quality of life but also its potential use as a replacement or supplement for other treatments such as pharmacological intervention. Research should also focus on how VR can be used in combination with traditional therapies such as music and art therapy, as well as its potential to reduce reliance on antipsychotics.

Overall, VR has the potential to offer meaningful benefits to those living with dementia in terms of improving quality of life and reducing reliance on medication. However, further research is needed into the efficacy of VR therapies before any definitive conclusions can be drawn.

When considering VR as a therapeutic option for those with dementia, it is important to take into account that VR experiences can cause dizziness or disorientation in some individuals. Therefore, it is important to ensure adequate supervision when using VR therapies as they may present a risk of injury. As VR is a relatively new technology, it is also important to keep abreast of the latest safety guidelines and regulations when using VR therapies with dementia patients.

In addition, VR can be used as an escape from reality for those living with dementia, however it is important to remember that VR experiences should be tailored to suit individual needs and abilities. Unfamiliar or overly stimulating VR environments could pose potential risks such as triggering anxiety or provoking aggressive behaviour in some individuals. Therefore, careful consideration must be given to each individual’s needs before VR therapy sessions are scheduled.

In conclusion, virtual reality has the potential to provide meaningful interactions and activities for those living with dementia which may improve mood, behaviour and cognition while providing escapism in a safe environment free from the stress caused by unfamiliar surroundings. Current research has been promising but more study is required into the efficacy of VR therapies over long-term periods before any definitive conclusions can be drawn. Furthermore, further research should be conducted into how VR can be used in combination with other treatments and its potential to reduce reliance on antipsychotics. Despite its potential benefits, VR therapies should only be used with the approval of a medical professional and after careful consideration of each individual’s needs and circumstances. With further research, VR could become an invaluable tool for those living with dementia.